Some controversy rages about what Chichester’s  West Gate actually looked like. 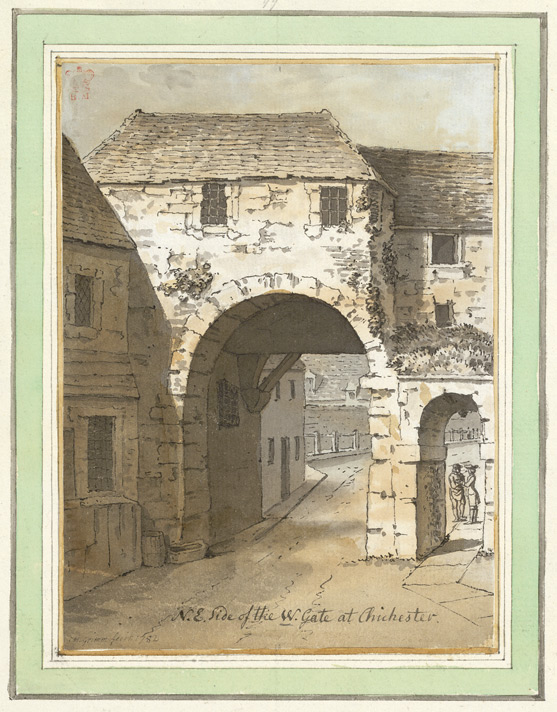 It was our view initially that this was the gate itself,  taken from an 18th century  watercolour, but this is disputed by the team at the West Sussex county archives who, in spite of the title at the bottom, believe it must be of the East Gate, as the West Gate was already demolished by the time of the painting.

The Chairman has done some research and unearthed photographs of the ornamental gates that were made in the late 19th century in celebration of Queen Victoria’s Golden Jubilee of 1887.

This was their version of the East Gate: 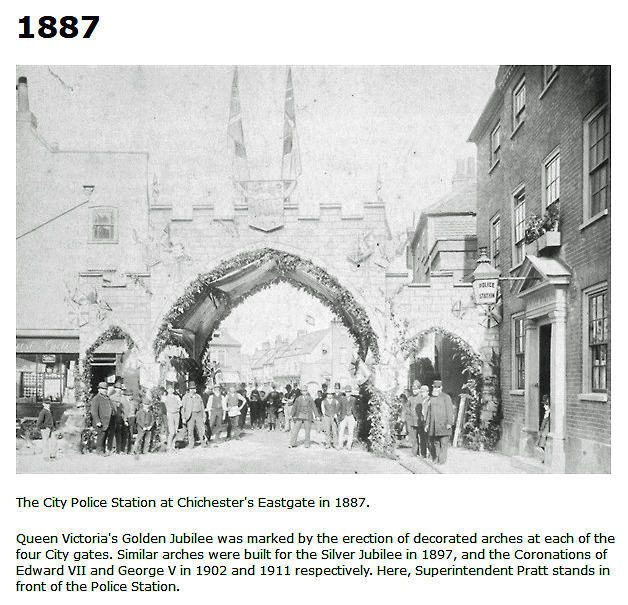 and this their version of the West Gate: 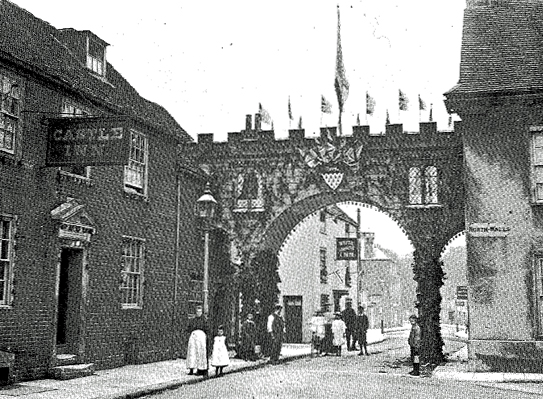 The Castle Inn is now the Chichester Inn and the building on the opposite pavement at the opening to North Walls was demolished when the ring road went in – it being, as it was, the cause of the famous pinch point which caused traffic chaos in the period when cars were allowed into the heart of the city.

In the 18th century watercolour above, this building does actually seem to be indicated, sticking out into the road as it does on the other side of the arch – so could that picture be of the West Gate after all? 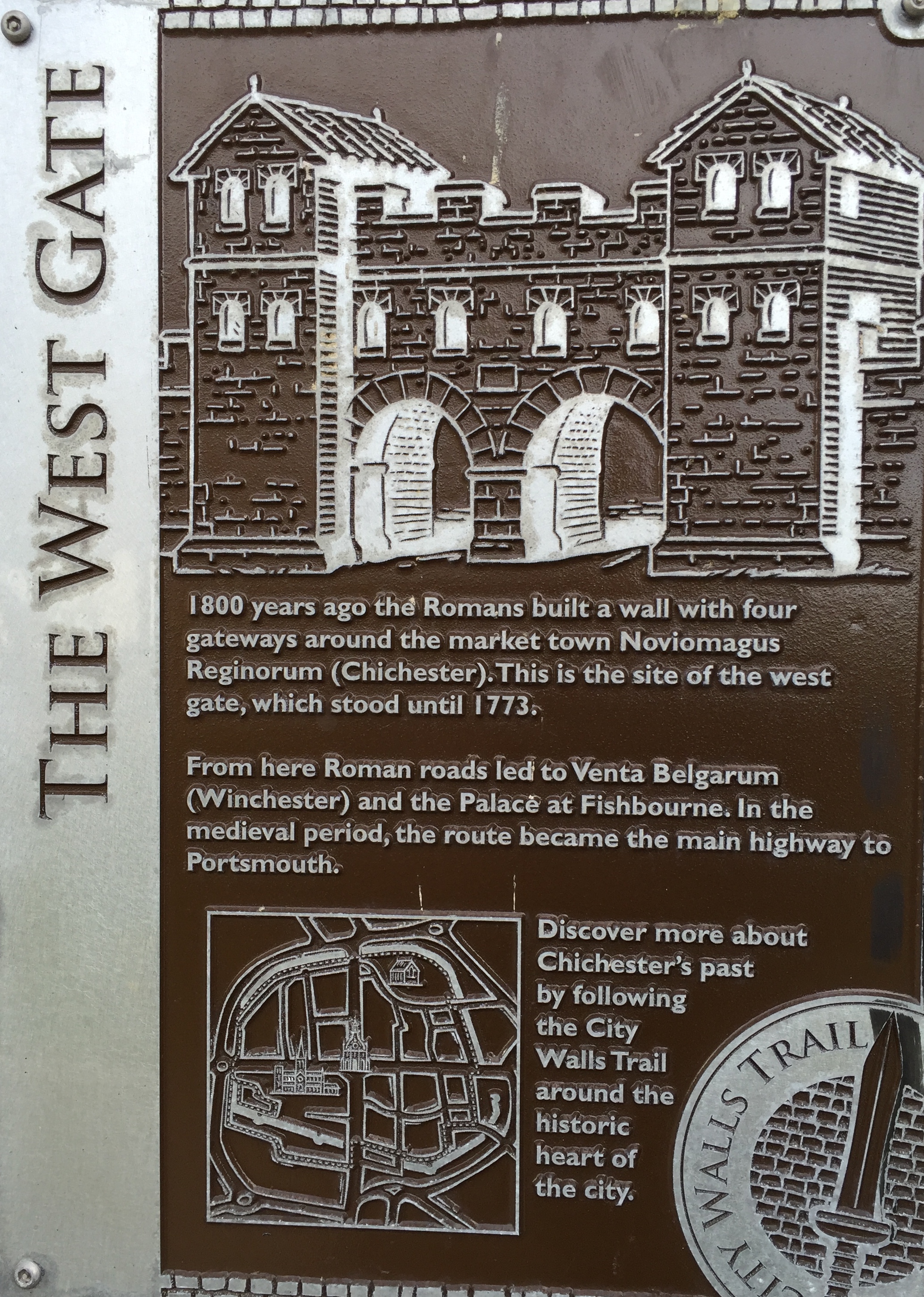 Neither of the two Victorian designs of gate seem to be based on reality. The Council organised Walls Walk does have this picture of the gate, but its origin is not indicated and it has nothing to do with the mock-ups from the last couple of centuries.

It may be that we will never know what the West Gate actually looked like.