Westgate lost a lot of buildings in the sixties to make way for the ring road and the A286 roundabout at the eastern end of the street.

The quoted sections are extracts from The Building of Georgian Chichester by local historian Alan Green (Phillimore 2007), here reproduced with his permission.

There was some Georgian new build on the north side; in 1782 the Mayor and Corporation granted a 40-year lease to builder Thomas Andrews of a ‘new-built’ tenement with wash house and garden next to the River Lavant, which can be identified as what became No. 4, whilst on the corner of Orchard Street a Regency house, No. 10, was constructed. […] 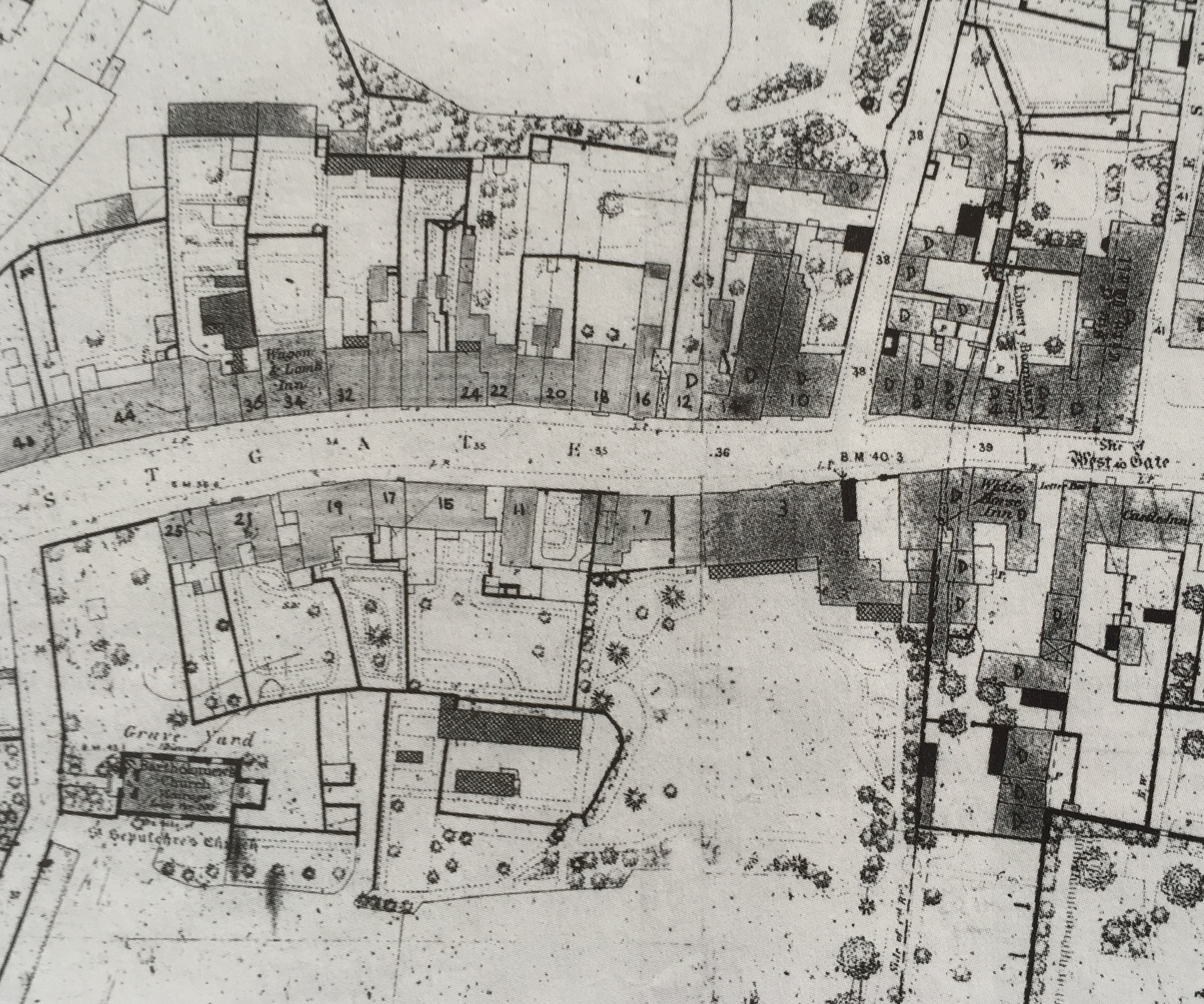 An extract from the 1875 Ordnance Survey 1:500 map to which the present house numbers have been added by Alan Green. (WSRO)

Here is a view from the sixties along West Street from Westgate. Numbers 1 to 6 may be seen in the row on the left prior to demolition in the 60s to make way for the Avenue de Chartres-Westgate roundabout. 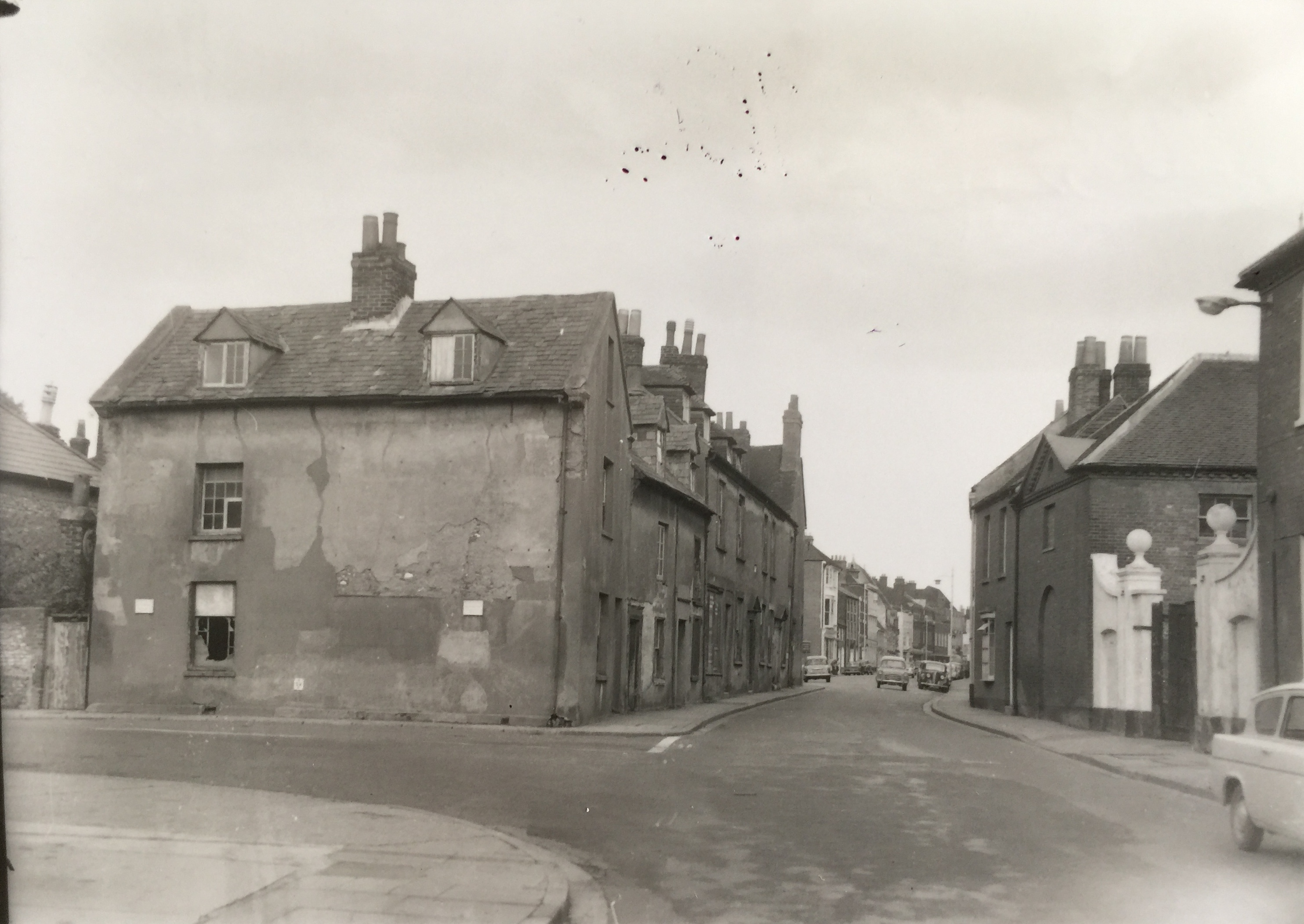 You can position where the buildings on the left were. That imposing gateway on the right is now the entrance to the Courtyard of the Georgian Priory, today at the top of our road.

And here’s a picture looking the other way, westwards down Westgate: 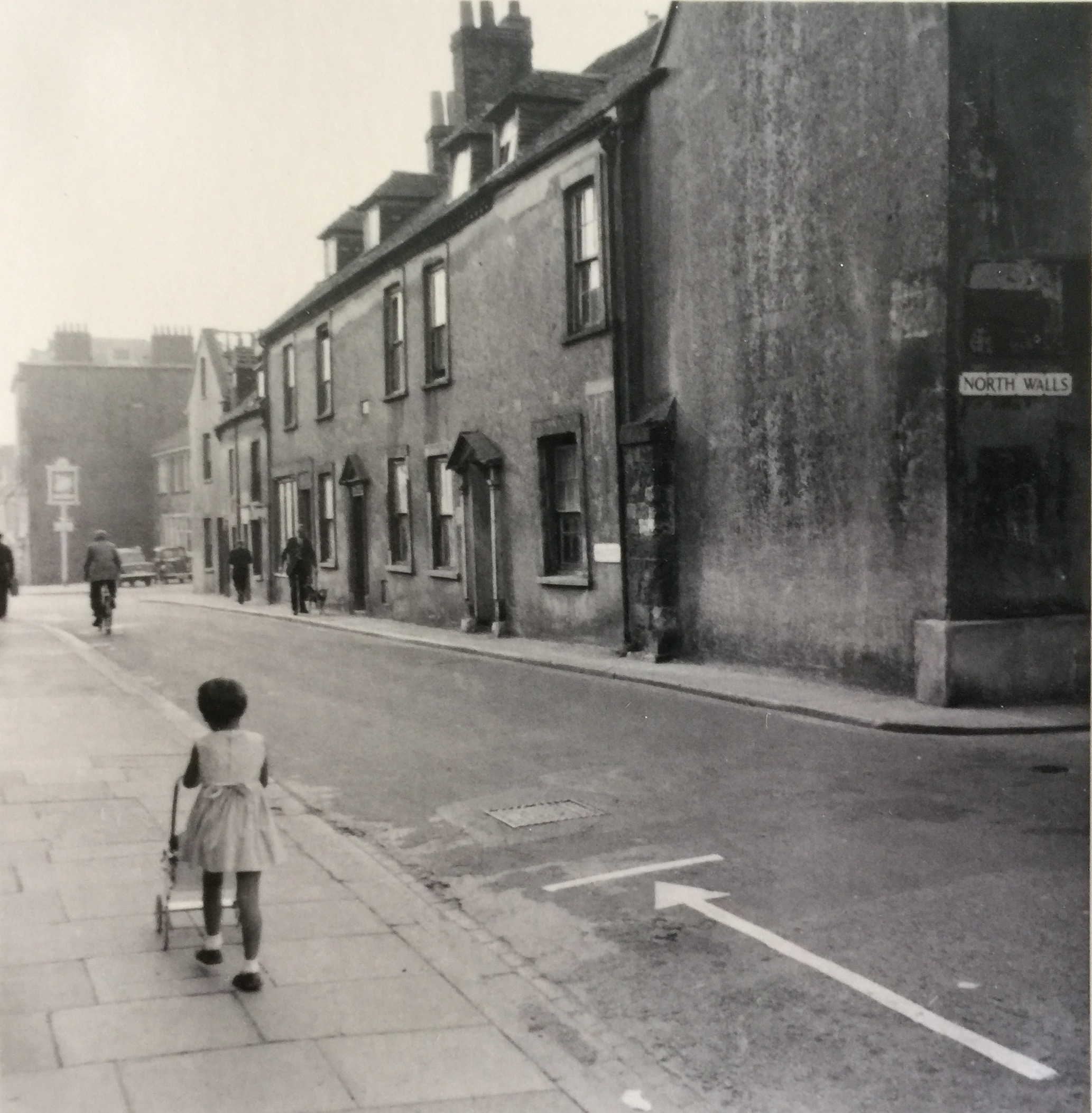 All these houses to the right have gone. You can just make out the Westgate sign fixed to the second property down and North Walls starts further north these days, the house of Eric Gill having been demolished close to the entrance of the street you see here. Further into the western distance, you can just make out the sign and pub we call the Crate & Apple these days (known as The Swan for many years in this period) and imposing Richmond House, buildings which now form the top of our road. Fortunately they do not look quite so grimy and drab now as things did back then.

One building to the south, namely the White Horse Inn, had been a Dean and Chapter freehold property let to Thomas Churcher. Behind it the Guardians of the Poor built five houses around 1825 for the accommodation of those in poverty. 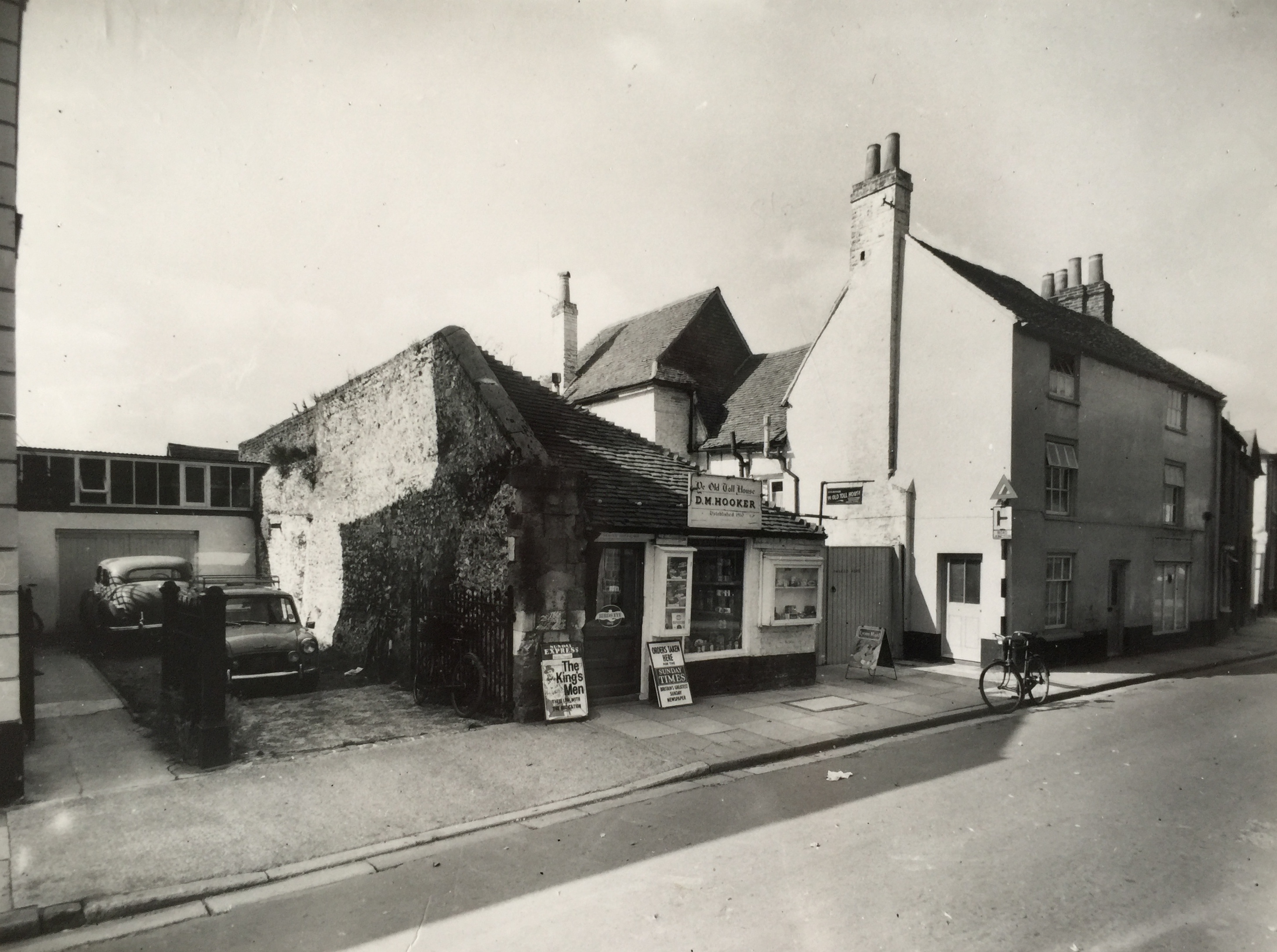 The White Horse Inn is the large building to the right. Hooker’s shop has now become the Cottage Indian Restaurant, but the remains of the Inn lie underneath the mouth of the Avenue de Chartres junction with the Westgate roundabout.