Our AGM was held on Saturday 17 November, 60 people attended. Thank you to the Officers and Members of the Committee for all the work they do, to the Full Members for their financial support and all the rest of the community for continuing to support our Association. Thank you also to the members who prepared the refreshments afterwards and particularly to those who donated cakes. These were much appreciated and quite a social gathering developed after the meeting.

Louise Goldsmith was unfortunately not able to join us due to a diary clash, but I had written to her with some questions which I hoped she would address at the meeting and she had sent me a reply. At the meeting we were asked to circulate both my letter and Louise’s reply with this bulletin, which I am afraid will make it rather longer than usual.

“Dear Louise,
We are very much looking forward to your talk at the WGRA AGM. I hope you will think it is
helpful for us to write to you before, so that we can let you know what our major concerns are. I know that we should all like to hear the latest news about the A27 and the Southern Gateway although they are not on our patch.

1. The most pressing local issue is the so called “Westgate Improvement Scheme” (copy
attached). This Vectos plan from 2014 appears in the S106 document with an official seal,
despite our continuous objections to it. In his document dated 26 April 2016, presented to the Planning Committee when the application for planning permission was being sought, Dominic Smith stated that “Traffic (calming) should replicate the provision required along Sherborne Road to provide a consistent approach.” This has not been done. The plan is incorrect as the plans for the roundabouts at either end have had major revisions, which are likely to alter the traffic. Despite this, presumably the plan has been accepted by the CDC, given planning permission and is included in the S106 documents. Local opinion is that the plan is worse than the status quo. The vibes that are coming back to us are that planning permission has been granted, so that is what the developers will do. The Infrastructure Working Group has not yet been called together (I realise that it does not have to meet until they start building) but given our experience with the Community Liaison Group, we are doubtful whether it will achieve anything. We believe the only people who might be able to influence the developers are the WSCC Highways Department.

Question: Please will you tell us what is the WSCC Highways Department policy
regarding this scheme? If requested by the Infrastructure Working Group, are the
Highways Department prepared to draw up an amended plan in association with the
RAs and discuss this with the developers?

2. The second issue is the cycle path and the A286/Westgate roundabout. It is already National Cycle Route 2 but needs enhancement not downgrading to be safe and used by residents present and future. The District Plan and the developer’s original statements have identified Westgate as the primary access point for cyclists to the west of Chichester. We support this as part of an overall plan. The plans to remove the A286 roundabout and replace it with a signalled junction were prepared to enable cyclists to cross this busy road. We do not oppose it, despite the cost and the fact that the present arrangement works very well for cars and pedestrians. There is no point, however, in spending the money and disrupting an otherwise satisfactory situation, unless a separate and safe cycle path is delivered for the whole length of Westgate up to this junction. The “Westgate Improvement Scheme” does not do this.

Question: What is the WSCC plan for providing a cycle path along the whole of Westgate? If it is not provided, will the expenditure on the roundabout still take place?

3. We are concerned that plans by the developers do not take account of the WSCC “Chichester Road Space Audit (CRSA)” and vice versa.

Question: Are the findings and changes described in the CRSA going to be
implemented? How will this affect Westgate especially if a new cycle path is built?

4. What is the latest position with regard to the development of the Tannery site?

5. What is the latest situation with regard to the threatened diversion of Centurion
Way?

“Dear Richard and WRA members,
My very sincere apologies for the diary clash today and not being able to attend the WRA AGM. I am really sorry as I do enjoy meeting everyone and very much hope you will accept my apologies. I hope the update below is helpful, and if you have any further questions please do let me know.
The Tannery Site:
Work is underway on a sympathetic small housing development which fits in with the local area. A specialist heritage surveyor has been appointed and is working to produce a planning report, also we have a very good planning consultant and we are intending to get a pre-app in with Chichester DC before Christmas. When the plans are drawn up I hope that these can be presented to WRA or your thoughts and comments.

Whitehouse Farm Update
Reserved Matters application for the design of the spine road within the site and areas of open space – Application CC/18/01587/REM is still being determined by Chichester District Council. WSCC have provided comments to CDC and the majority of the points raised by the Highway Authority have been addressed. We are still awaiting a final piece of information from the developer prior to determination. Until this is resolved there are no further detail on Centurion Way.

– Infrastructure Steering Group – Stephen Shaw has been liaising with the developer and their
consultants in relation to setting up the Infrastructure Steering Group in advance of the
requirements set out within the S106 agreement. The S106 agreement states that the IGS
should be set up within 3 months of commencement of development. The applicant has yet to commit to a date for setting up the IGS but we keep pressing them for this.
On your other points raised could I suggest a meeting with Stephen Shaw, myself and WRA
which, as there has not been a update for some time, would be helpful. A full report could
then be sent out to all members of the WRA. Happy to arrange.

The Chichester Road Space Audit has not been formally signed off by the Cabinet Member for Highways. The decision is due to be made in December. There will be further detail regarding implementation. Could I suggest that this could be added to the list when we meet with Stephen Shaw? I could arrange for the relevant officer to join for that particular item.
A27. Highways England are undertaking work on the 2 options including costing put forward the BABA27 and agreed by both CDC and WSCC.
We hope to have more information in December and a BABA27 is being scheduled mid December or early January to provide an update to all the Groups.
The Government announced significant additional funding for road infrastructure in the budget.
We hope that Gillian Keegan will be making the case for funding in RIS2 for a much need scheme.
With best wishes,
Louise Goldsmith.
Leader West Sussex County Council, Chichester West Division”

WGRA Subscriptions
A note from our Treasurer – Subscriptions of £10 per household to the WGRA give paid up
members a vote at the AGM and any EGMs called. These are now due for 2019. If you subscribed last year and have not yet done so this year, or if you have not subscribed before,
please consider doing so by dropping off cash or a cheque payable to Westgate Residents
Association to 72 Westgate. Thank you.

Found
A white knitted scarf with “Isle” label was left behind at the AGM. Please get in touch with
Bebette on 07791 237502 if you forgot it. 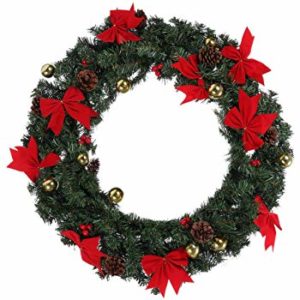 The Carols will take place at St. Bartholomew’s on Wednesday 12 December starting at 6pm with music and refreshments followed by carols and readings until 7pm, after which there will be a dinner at the Crate and Apple. Donations of £3 per head, which will be collected at the event, are asked for the Carols (children free) while the dinner is £25 with advance reservations necessary from Nikki Clarke at No. 42 Westgate (very few places left).

WGRA Coffee Morning – Every 1st Saturday morning of the month at the Crate and Apple. Just turn up between 10am and 11am and meet your neighbours. The next one is Saturday
1 December

Knitting and Social Group – Every Monday morning from 10am – 12 noon. Knitter or not, pleasecome along and enjoy a cup of coffee or tea at the Crate and Apple. Organiser: Sally  Lowe (sallylowe10@gmail.com)

“Bavardage au Pub” Last Monday in the month at the Crate and Apple at 6.30 pm. A relaxed
hour or so speaking French. All levels welcome. Note there is no meeting on 31 December as
it’s New Years Eve so first meeting for 2019 is Monday 28 January. Contact Jane Davies
(janedavies31@gmail.com) 07792 708229.

Wishing you all a very Merry Christmas

Dear Residents, Here is your February Bulletin with an update on current Westgate traffic issues.  Another item mentions how important it is to make a report to the council or police regarding any problems you Read more…

Dear Residents,Here’s your January Bulletin.  Please note that the next coffee morning at the Crate & Apple will take place on 8th January instead of the 1st. Kind regards, Bebette