A Residents’ Association exists to represent the interests of all households. It hopes to do that by providing a steady flow of accurate information to allow them to deal directly with the authorities and their agencies about any matter of concern to the individual. An RA does not write on behalf of people nor does it decide policy – besides the Council will treat any joint letter or letter campaign using the same script they receive as just one letter. The RA can only inform and each household has to make its individual response if it is to be counted.

As Secretary therefore it has been my role to communicate with you. This is a two-way street however. May I therefore encourage you to make full use of our website which may be found at westgatera.org.uk. We do not run a paper publication newsletter nor charge a subscription to join the RA. The website is privately sponsored and it saves us a lot of cost in both money and time when trying to inform households. It is therefore important that a) you visit the site from time to time and b) register your details on the website if you wish to remain informed. Of course not everyone is internet savvy and we would be grateful if you could copy useful information to any immediate neighbours in this position. The website can be used and consulted on all normal platforms and devices currently on the market.

The front page will always give you the latest news and there is a comprehensive menu of items to explore to the left: traffic calming and the WHF development, our social calendar, dates for your diary, a noticeboard to keep you informed, the history of Westgate and surrounding streets. We are also keen to encourage guest articles by households and others – please email me at info@westgatera.org.uk if you would like to submit something. You will also find full details of committee members on he website should you wish to contact one in particular.

The developers of White House Farm submitted an outline planning application (Phase 1) to Chichester DC (the Local Planning Authority) in December 2014. There will be a Phase 2 application made further down the line.

The site is known as the West of Chichester Strategic Development Location (SDL), known locally as the Whitehouse Farm Development (WHF). This forms part of the local plan, which has been approved by the government inspector and the District Council and as such is no longer up for debate.

In Phase 1, the subject of the current planning application, only the first 850 houses (out of a possible 1600 in total) are proposed to be built. These will have a proposed single exit north, out onto Old Broyle Road, which will probably deliver extra traffic both to the Northgate giratory and the mini-roundabout at the bottom of Sherborne Road. And vice versa of course.

For phase 2, a further 850 houses are proposed be built, plus some industrial units to the south of the site. It is proposed that a second but southern exit be built at this point which would deliver a large increase in traffic, including some commercial, into the current Westgate western cul-de-sac and onto the mini-roundabout at the junction with Sherborne Road. And vice versa of course.

There is some talk that the developer might build the southern exit as part of phase 1 in order to relieve traffic to the north immediately, but this is not confirmed. On site provision of social infrastructure is planned, such as a school, shops, doctors etc designed to contain on the site itself a lot of those kinds of short journeys.

For an illustrated version of this section click here.

I am not a specialist in traffic management but I can report on where we seem to be at the moment on this issue. You will find in the traffic calming section of this website, to the left of this page, a full appraisal of this issue together with pictures and documentation. We have come late to this debate and are grateful to the other affected Residents’ Associations for sharing the results of a lot work done previously by them on the traffic impacts of the development. We have worked in a spirit of collaboration to seek joint proposals to mitigate the problems these increases in traffic will cause.

Miller Homes and Linden Homes, the developers of the Whitehouse Farm site, commissioned traffic consultants Vectos to come up with proposals for traffic management and calming on the Whitehouse Farm development site and the surrounding streets. Several versions have been published and are viewable on our website. The most recent dates from mid October and is the one I am addressing.

a. Traffic modelling by Vectos has been criticised by the experts. WSCC has a policy that all new developments must make provision for sustainability with a design that will reduce short car runs in favour of public transport, cyclists and pedestrians. Their proposals cannot be said to meet this requirement. Further Highways England as you know have proposals to improve the circulation of traffic on the A27 and they are critical of how the development proposes to manage the impact of its additional traffic on this major trunk road.

b. Westgate is already not a sustainable thoroughfare with saturated traffic use as a rat run and inadequate design for pedestrian, buggy and cyclist safety.

c. What is currently proposed

The problems pedestrians, cyclists and vehicles face when using Westgate as a thoroughfare are set to increase with the proposed construction of 1600 new dwellings on the White House Farm development.

As you have heard from Anthony there are two exits from the Whitehouse Farm development proposed, one to the north onto Old Broyle Road and one to the south onto the west end stub of Westgate beyond number 80.

There is some debate as to when this southern exit will be built – at the same time as the first 750 houses or during the second phase when the final 850 houses will be built.

The roundabout at the junction with Sherborne Road and Westgate

The first crunch point in the scheme will therefore be the roundabout at the junction with Sherborne Road and Westgate.

If the southern exit is not built in the first phase, the development is predicted to deliver a 12.5% increase in traffic to the junction of Sherborne Road with Westgate with no impact on traffic flows from there to the east end of Westgate.

When the southern exit is built and only by 2029, is it predicted that the full development will deliver a 250% increase in traffic to that junction via the west end of Westgate, most of which they say will be heading for the A27.

Having said all that, it is important to remember that these are just proposals designed to gain outline planning permission for the development. None of these will necessarily get off the page once detailed planning applications are made in relation to traffic-calming along Westgate.

In the room today are three people who have done some work on the traffic situation: Paul Wreyford, retired highways officer and two residents: Dan Kirtley from 20A and John Davies from 31. These people have indicated their willingness to chat informally with you if you want to explore this issue further.

For a fully illustrated version of this section please click here.

The residents association is not only about monitoring the impact of the Whitehouse Farm development on our member streets. We are also keen to combat isolation among our population as well as make sure all households have the opportunity to meet each other in a social context.

Thanks to Lois Cope at number we have instigated monthly Coffee mornings from 10am on the first Saturday of every month at the Crate and Apple no 12 Westgate. These are ideal opportunities for you to meet other neighbours before the weekend gets under way.

We would draw your attention to the creation of a new public space behind Henty Gardens and the public meeting due next week. Click here for more details.

Some families celebrate Christmas with Carol singing and thanks to Kathryn Kellagher we are looking at organising some carol singing in our streets near Christmas time. This event will be publicised in advance and is designed to revive an old tradition of communal singing at this time. It’s not going to be a Gareth Malone choir however! There will be no practice sessions and everyone is welcome, just turn up on the night and join in. We do need to seek clearance from the police and ensure we do not get in the way of any fundraising singing that other charities might be organising along Westgate.

Westgate street parties have been going since 2011 and next year’s is already in the pipeline for June 2016. We feel it is important to close the street one day a year and hold a family event with all our neighbours. Sandy Young at no 15 is in charge of the organisation and is very happy to talk with people about what is planned and also the need for volunteers.

That concludes the first and final status report of the Steering Committee. We are now disbanded in favour of the new committee you have democratically elected today. Thank you for listening and for your participation. 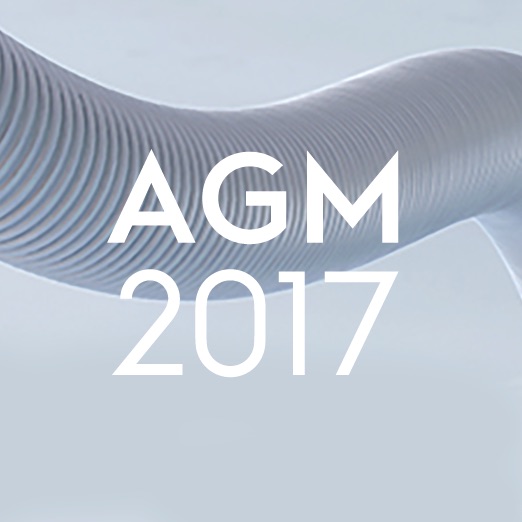 Please collect your 2017 AGM papers from here: WGRA AGM Notice Nov 17. These can also be read directly from a smart phone or tablet screen.