Westgate in the 17th to 19th Centuries

Did you know that eighteen non-designated post medieval assets and 47 Grade II listed buildings are situated within 500m of Westgate? 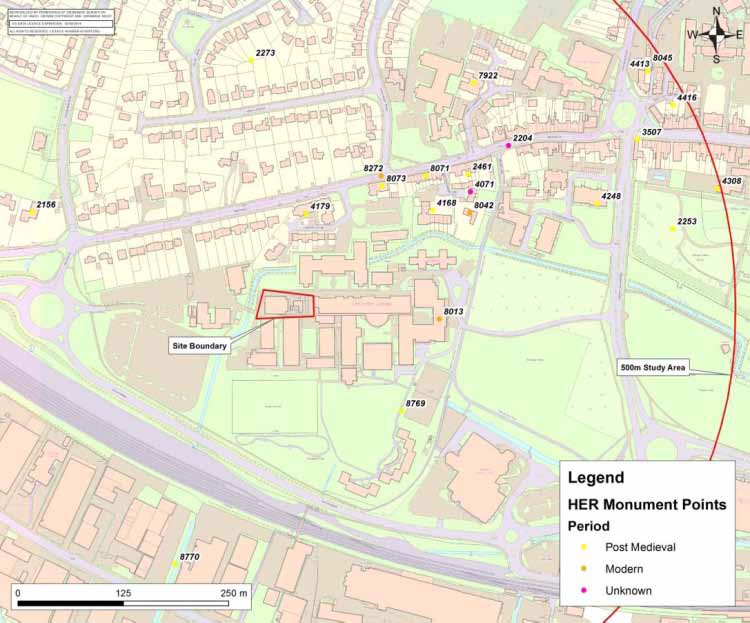 A key event in the post-medieval development of the city was the Civil War siege of 1642. The city had declared itself loyal to the Royalist cause in August 1642, and by December of the same year was under siege by Parliamentarian forces. An initial sortie through the North Gate failed, but after seven days a plan was made to attack the city from all sides, including firing the West Gate. The city surrendered before the assault took place, but not before the poorer suburbs of St. Bartholomew and St. Pancras had been almost completely destroyed.

Not much remains from this period although the odd musket or cannon ball has been retrieved over time. Interestingly, in the 20th Century, a large cannon from the period was discovered mired in the mud near the Squittery Bridge (by today’s food bank on Orchard Street). It must have fallen in the river and was much too heavy to be moved, so it lay there abandoned for 300 years. It was installed at the entrance to Mercers new office block, and now sits buried in vegetation by their front door, safe from predatory eyes. Walk up their car park to the left of Westgate House and see it for yourself, the genuine article and a true historic relic.

The recovery of these areas was very slow, and throughout the latter half of the 17th century and the start of the 18th the city fell into decline. James Spershott (1710- 1789) recorded in his memoirs the old timber houses of the city with few windows, dirty streets and an air of decay in terms of the fabric of the city, its walls and roads, and the decline of services and markets.

According to this account, rebuilding work took place from about 1724 onwards with repairs to the city walls, and towards the end of the 18th century extensive building and improvement schemes were carried out, including an Act of Parliament in 1791 to repave the city. William Gardner’s Plan of Chichester dated 1769 and George Loader’s Plan of the City of Chichester published in 1812 (not reproduced) illustrate that the site was situated in a predominantly rural zone with fields represented as rough pasture, some delimited by fences, others with trees and hedges.

Within the study area the majority of the records for the post medieval period held by the Historic Environment Record (HER) relate to buildings; 47 Grade II Listed Buildings and 4 locally listed buildings (HER 8045, 8071-73). Most of the buildings are 18th century houses with later alterations, including a number that were refronted in the 19th century. These represent the first phase of reconstruction of this suburb following its destruction in 1642. 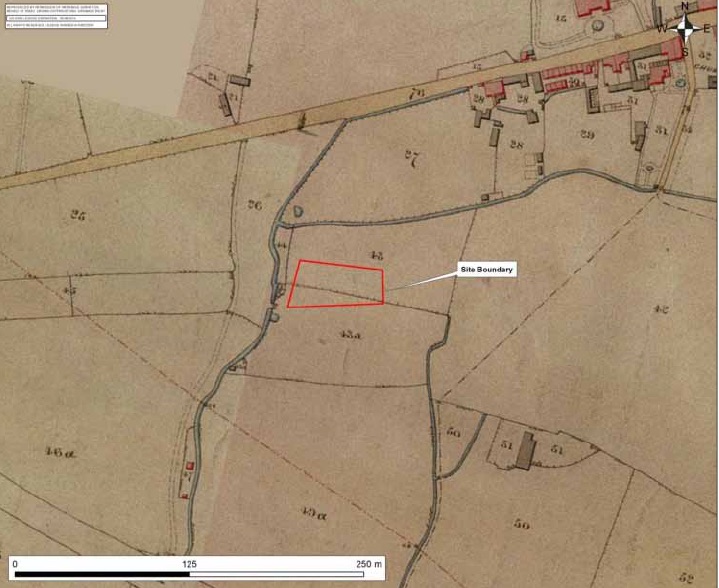 As part of the reconstruction of the city, the boundaries were repeatedly reorganised for administrative purposes. The eight city parishes were combined in 1753 as part of the Poor Law reforms, and in 1832 the western city limit was extended westward to encompass St Bartholomew. The Tithe map for St Bartholomew Parish produced in 1846 (above), indicates the new city boundary as a dashed red line which cuts across the southwestern corner of Westgate Fields.

The point at which it crosses the River Lavant was marked by a boundary stone and is labelled on the map as ‘CB’. This boundary stone is still situated on the river bank adjacent to the college car park, but may have been moved from its original location during the college’s construction. Two fields (43 and 43a) are described in the apportionment as ‘pasture’ and ‘meadow, hovel and yard’ respectively. The hovel and its garden (plot 44) were situated adjacent to the river bank.

Two significant changes to the local landscape in the early 19th century are reflected on the Tithe map; firstly the course of the River Lavant had been altered to its present alignment passing the northern edge of the college boundary, and secondly the land set aside for the construction of the railway line is marked out, though the railway itself had yet to be built. The railway opened in 1846, the year that the Tithe map was published. 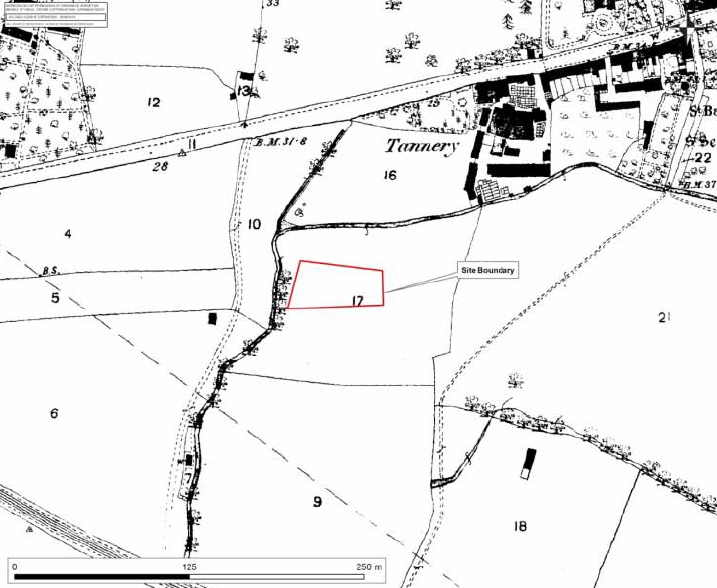 By the late 19th century the Ordnance Survey map of 1875 shows Westgate Fields to be set within a single large field, partly bounded to the north and west by the course of the River Lavant. The earlier subdividing field boundary which bisected the site had been removed, along with the hovel, yard and garden adjacent to the river. The structure in field 6 to the west of the river lies in approximately the same location as footings for a barn seen during evaluation of the College’s G Block site in 2012, and therefore its construction can be quite tightly dated to the period 1846-1875.

Although development along Westgate does not extend far from the city walls, the OS map shows the 18th century housing developments clustered near to St Bartholomew’s Church (rebuilt in 1832), a tannery and the Westgate Brewery. Further to the west, Westfield House is surrounded by nursery fields, the northern limit of which is defined by the field boundary which has been interpreted as the line of a Roman road leading to Fishbourne.

A building within the Westfield House complex is recorded as a mill, on the corner of what is now Sherborne Road (HER 2156). The stream on which the mill was situated now runs through a culvert and is channelled beneath the main road. There is also an indication that a brick-kiln once operated around 250m to the north; a plan of ‘Broile Farm’ produced in 1772 indicates two fields named ‘Brick Kiln’ (HER 2273), though no indication of such a feature is visible on the above 1875 map.

At the first site a culvert dating from around 1709 was found during building operations and has been interpreted as a possible former course of the River Lavant.

The Tannery site located the footings of a garden wall, a brick-lined well and several post holes, while at St Bartholomew’s Close a ditch and a pit, possibly associated with a former piggery were found.

With the possible exception of a wall at The Tannery represented by the boundary between plots 16 and 29, the 1875 map does not show these features. It is considered unlikely that significant archaeological remains dated to these three centuries are situated to the south within the college site. Where truncation by later construction activity has not occurred, any such remains are likely to be confined to field boundary ditches, rubbish pits or scatters of artefacts introduced through field manuring.

This article forms the last in a series on the archaeology of Westgate and is adapted with their permission from an archaeological desk-based assessment prepared by SLR Consulting Ltd on behalf of Chichester College in 2013. The numbers on the above map refer to objects mentioned in the text below that have been found and registered in the Historic Environment Record (HER) for Chichester District.