The History of no. 44 Westgate

For those of you interested in learning about individual properties on Westgate, last April we began to post details of the buildings at the conservation end of the Westgate which can be found from various sources. In these articles you can find a list of the properties protected by Historic England listing, details of the renumbering of the street as some records still record the old number, and research on the shape of the street by a resident.

To further flesh out this catalogue, we are now turning our attention to any details about individual properties that may be available. The following extract is from The Building of Georgian Chichester by local historian Alan Green (Phillimore 2007) and is here reproduced with his permission. This should be read in conjunction with the above articles to get a complete view of this property.

In the Dean and chapter rental book for 1781-1804, No. 44 is listed as their property No. 29 and described as ‘A Tenement on the east side of a passageway between this Tenement and no 28’; it was let to a Mrs Bayley. Now divided into two properties (the smaller portion to the east being No. 42), this double-fronted house is of two storeys with an attic. Its fine Doric door-case and classically proportioned front has been added to a 17th-century timer-framed house that had been built around a staircase turret at the rear. The passageway referred to in the rental book is still there, accessed through a door in the façade. 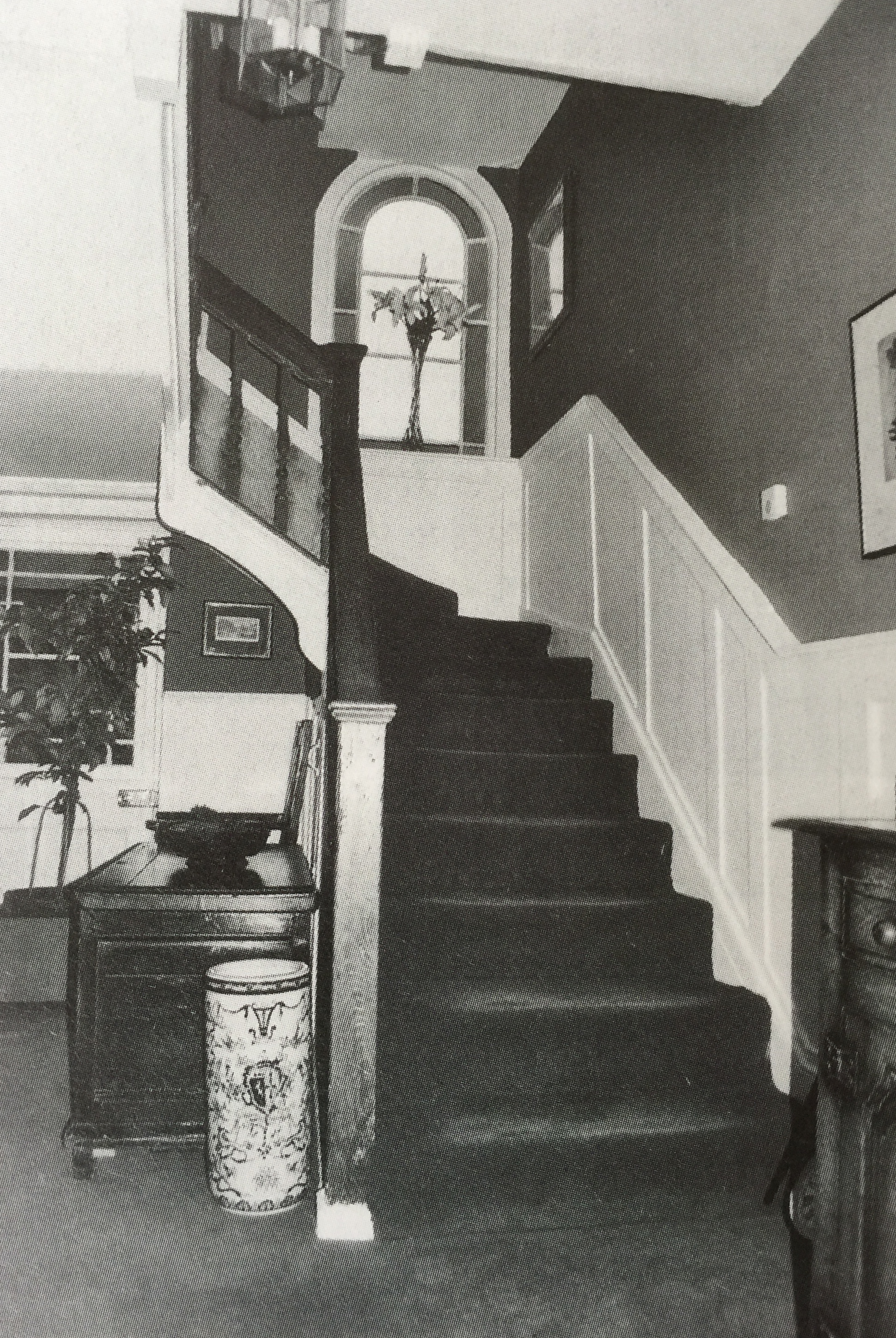 The house has a wide entrance hall that occupied nearly a third of the width of the undivided building, at the rear of which rises a fine open-well oak staircase sporting a flat-topped handrail supported unturned balusters. Whilst the staircase is early, the surviving panelling is to the dado alone, which suggests it dates from the second half of the 18th century, as does the door-case. As such it is likely that the ‘Georgianising’ took place over a long period. Along with most of the houses on the north side, there is no basement.