Sadly, we did not get what we were asking for – which was an alternative route for construction traffic from the start of groundworks – but we did get a big concession: to build the Southern Access Road sooner and to have it open for the construction traffic by about 19 months after work starts, instead of the planned 7 years. A big ‘Thank you’ to all the members of WGRA who attended the three meetings, your presence made a big difference to the discussions. This has put down a marker for the developers and the Council Officers that we mean business, and that we shall be maintaining pressure to keep to the published timeline, which is available on the website www.westgatera.org.uk. Your committee and the Traffic Advisory Group are going to be busy making sure we have input into any changes in the design of the roads in the area. The first meeting is with Louise Goldsmith, Dominic Smith and the other RAs on 5th December.

There has been a great deal of discussion about the route of the Southern Access Road. In the Chichester Local Plan, it is shown opening onto Westgate at the Sherborne Road roundabout. This would be a disaster for the area, but fortunately we have Dominic Smith’s (Head of WSCC Highways Strategic Planning) support. In his document dated 12th August 2016 “Strategic Planning Consultation” Under ‘Phase 2 Mitigation, section 18.4’ He states “It is therefore apparent that there is the need to sever the link between Sherborne Road/ Westgate and the Southern site access. The southern site access should connect directly into the Cathedral Way Roundabout. A link for buses and non-vehicular modes of transport will need to be retained” This was repeated in the public document packs for the WHF Outline planning permission application hearings. I have found a copy on page 39 of the October 20th planning committee papers. In the same document, he calls for “the creation of a Steering Group to take forward preliminary designs to detailed design and delivery”. We shall be seeking a seat on that group.

It is with great sadness that I have to tell you that one of our members, Philip Bargery of St Bartholomew’s Close died suddenly in the early morning of 4th November. I did not know Philip well, but he had designed a Logo for us and had come around to see me during the week to discuss it. I have passed it on to Brian Bird who is our Newsletter editor – you will probably have just received the Autumn edition. I hope we may be able to develop his ideas as a small memorial. Our condolences go to Sue Bargery.

The AGM – call for resolutions, proposals and nominations

Save the date: The Westgate Residents’ Association AGM will be held on the 14th January 2017 at St Wilfrid’s Community Hall, Sherborne Road from 2pm. Tea will be served. Parking.

Our Social Programme is focused on providing all residents with a variety of opportunities for socialisation. We have partnered with our local pub to provide competitively priced events for all our residents and develop their market to help the pub survive.  Use it or lose it WE SAY!

NEW! 7th December – We take over the whole of the Crate & Apple pub for The Westgate Xmas Party complete with buffet, glass of mulled wine and a mince pie all for £12 a ticket on sale at the bar from 5th November till 3rd December or until tickets sell out. Pay bar and later some dancing. Families welcome of course. Drinks 6pm, Buffet 7pm (only service), Last Orders 11pm.

Every Monday at 10am the Knit and Natter Group meets at the Crate & Apple. If knitting is your thing, then do come along and knit – or natter with the neighbours! Just turn up. Organised by Sally Lowe.

19th December – Bavardage au Pub: This monthly social group usually meets at the Crate & Apple on the last Monday evening in the month at 6.30pm so please note this date change. Get together with others who want to practise their French for a relaxed hour (no English will be spoken). Just turn up. Organised by Jane Davies, phone number in your copy of WGRA Bulletin no 7.

NEW! Westgate Community Suppers from 17th January – From mid January 2017 EVERY WEDNESDAY it’s Locals’ Night from 5pm till 8pm at the Crate & Apple; offering a set 2-course menu with a 125ml selected wine or a ½ pint of selected Beer for just £12 per person. The Set Menu will change every month. This will be your opportunity to eat with the neighbours. Pay bar.

Early in the of Spring of 2016, we asked residents from Westgate to adopt one of the 14 planters on the street. They had fallen into a sorry state, with several planters pot-bound with dead shrubs and many weeds.  We were not disappointed, several people came forward to offer help and all but one planter now has a team of people to care for them. There is no theme to the planting and appearance of the planters, we feel that each team should be allowed to be as creative and as individual as they want.

In 2017 we hope to raise funds through grants and events held by the WGRA to pay for some of the planters to be completely emptied of old plants and soil.  This may require some mechanical assistance. We hope to have enough funds to do this and to refurbish each planter with new soil and compost, plus plants and bulbs. Two planters are in need of repair, and this has been reported to West Sussex Highways. Many residents have been extremely generous in donating spring bulbs, cuttings and unwanted plants. Thank you.

At the end of the month the plant adoptees met for wine and plant advice from John Cardigan, the Head Gardener from Sennicotts House, a great success with some good team bonding.

PLEASE NOTE: The next Coffee morning at the Crate & Apple will be on Saturday 3rd December 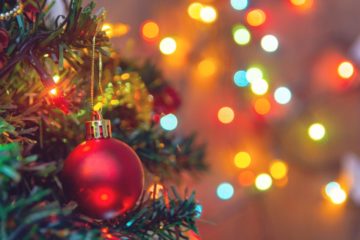 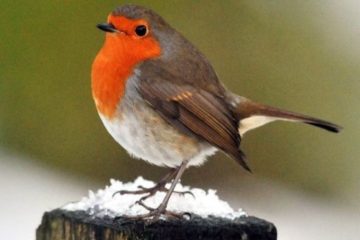