The District Council’s early proposals for the development of the Southern Gateway are now in consultation and the Masterplan published. 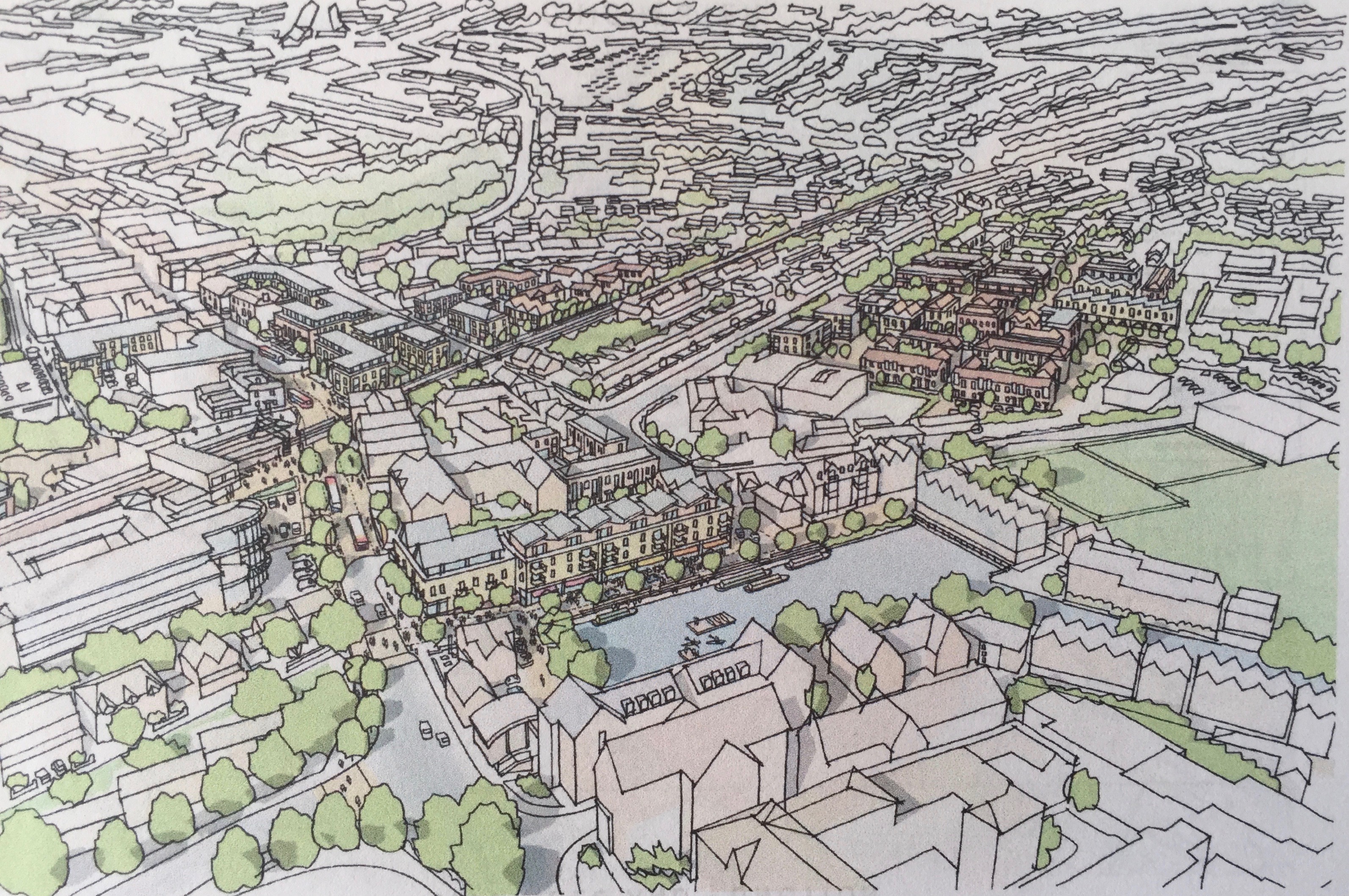 The proposal is not scheduled to be finished before 2029 and this is therefore in its early stages. The way it is framed and the fact that the consultation is only via an online questionnaire does make it feel like a fait accompli but this is apparently not the case. 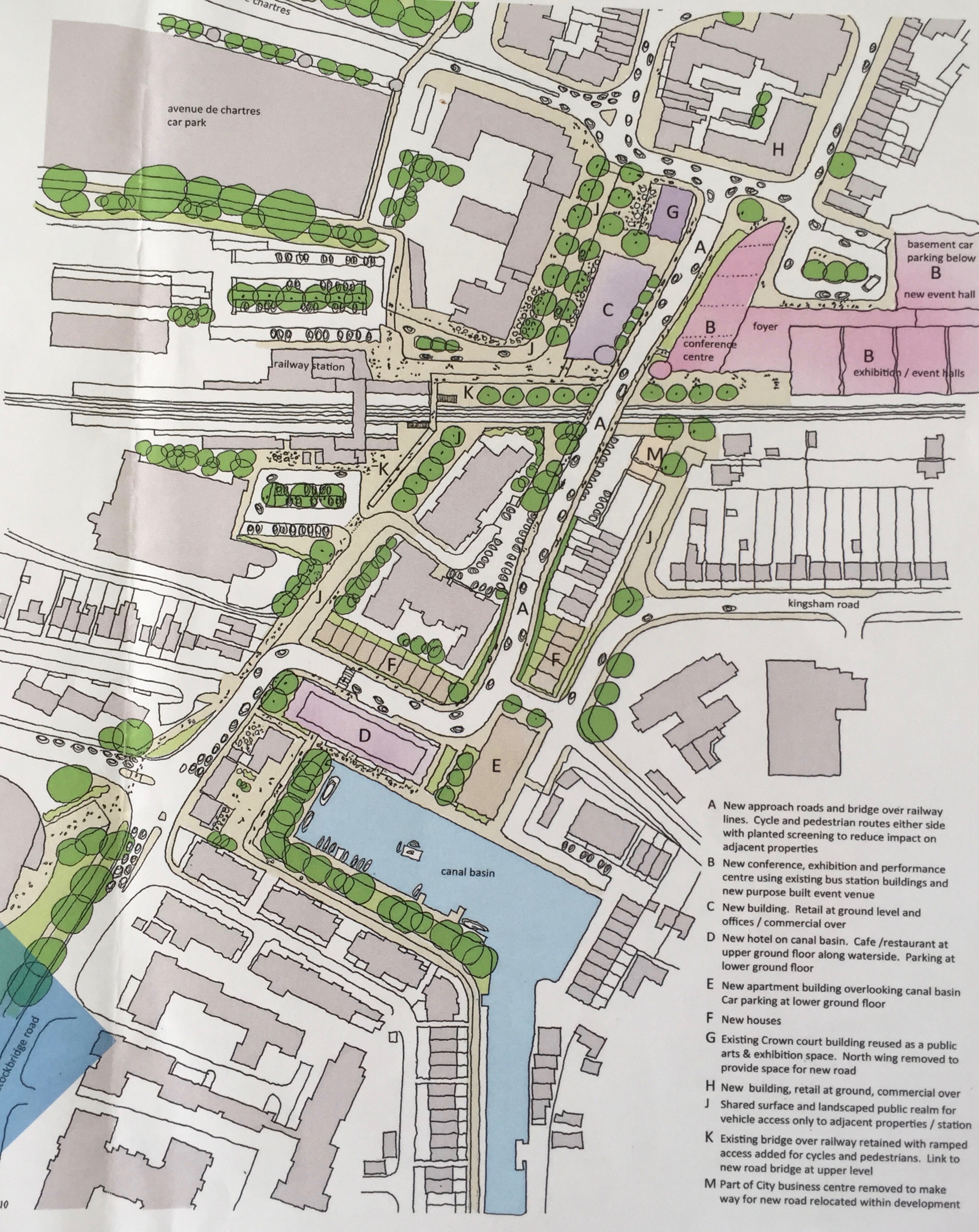 The alternative proposal, not from the CDC but via the City Council

Interestingly, in a spirit of openness and flexibility, a counter-proposal has emerged from Freeflow, a firm of architects in Birdham, the authors of which spend their time in the morning queues at the level crossings to get into Chichester for work, so obviously interested in their proposal for a rail bridge to ease traffic flow. The advantage of their proposals seems to be the retention of the listed buildings and the introduction of a flexible performance space that would double up as a convention and conference centre. Which would complement the on-site hotel nicely one would have thought.

The Masterplan can be downloaded here and you can start to answer the CDC consultation here.

The consultation finishes on August 10th so you are urged to get your comments in before that date!