The current St Batholomew’s church in Mount Lane off Westgate is not the first church to have appeared on this site. The suburbs extra muros of St Pancras to the east and of St Sepulchre to the west date back to Roman times, both housing 3rd century cemeteries within their parishes, with the main one to the east (the Litton) in part where the modern Litten Gardens is on New Park Road. The remainder is under the New Park development and car park on the opposite (west) side of the road.

Originally, on the site of the graveyard at St Bartholomew’s on the corner of Mount Lane and Westgate, stood a church that was probably built in the 12th century. This was circular with a circular apse over the altar, a shape most associated with the Knights Templar; so that the church became known as “The Temple” even though it was never associated with those militant monks. New Fishbourne church was probably a chapelry to St Bartholomew at this time.

Two late C17 engravings by John Dunstall show a round nave and apsidal chancel, which were perhaps C12. These are entitled ‘A Temple by Chichester’, which may seem misleading, but in the early C17 St Sepulchre was known as The Temple and also, in a will of 1495, 4 pence (4d) was left to St Bartholomew, called ‘the Round Church’. So all may be considered the same building. The name ‘Temple’ presumably derives from the plan, on the analogy of the Temple Church in London, as the church never belonged to a Military Order. Dunstall (see below) shows the church on a mound like the present one, so the site is probably unchanged too. Thanks to resident Anne Dare, I have been able to find a reproduction of this etching in a 1992 publication by local historian Roy Morgan (see below).

The landscaped churchyard to the north of the current church building is thought to be the site of this original church. According to Roy Morgan’s incredibly detailed researches (see Sources below), the church is first mentioned in the documentary records in 1227, when the Dean gave to the perpetual Chaplaincy of the Altar of Our Lady one acre of land in “Cherchescroft”, a site indicated as next to the Chapel of St Sepulchre on its eastern boundary. The Dean had bought this site from Eua de Keneldewerde for 20 shillings. The cemetery is first mentioned in 1379 and in 1535 the Valor Ecclesiasticus records a mansion and two acres of ground at St Sepulchre’s. From 1603 there are continual references in the records to the land of St Batholomew’s parsonage house and garden. The abuttals of this site fit with the St Sepulchre site and the east abuttal is the churchyard. In 1622 the Dean and Chapter leased the parsonage house and garden with the same abuttals as above. On John Speed’s 1610 engraved map of Chichester the Church is shown, although drawn to a more orthodox ecclesiastical shape:

Sadly, this unusual round church was destroyed by William Waller’s troops in the Parliamentary siege of Chichester in December 1642 and not a trace of it remains.

What happened to the site subsequently?

However the site remained active. The Dean’s leases for 1670 to 1736 continue with similar entries to the original of 1622. The William Gardner map of 1769 shows the cemetery (without a church now) and, immediately to the west, just one building on the street frontage, which could well be the parsonage in question:

Note from both these above maps that the Lavant was an open watercourse in this period and the parsonage site was destined to be developed quite rapidly into more industrial usage. In the Land Tax records by 1780 there are now three houses all owned by one Richard Heath. By 1783 this had grown to 5 houses, a timber yard and stables. By 1786 Charles Shippam had a storehouse here and there were now 8 houses, growing to ten by 1803 and 12 by 1810, now occupied by labourers at the Tannery (founded 1795). The Westgate Brewery was on the opposite side of the road (founded 1814) with all three industries making full use of the Lavant waters.

The church itself was not rebuilt until 1824 to 1832, the long period needed to build such a modest church caused by persistent money problems. During this time, however, the parish had remained in being and the parishioners still used the graveyard. The architect of the new church was George Draper, of conservative design and recalling non-conformist architecture (Draper had also designed the local Primitive Methodist Chapel).

In the top right hand corner of this tithe plan of 1846 is shown in red the large house of Shippam, the row of cottages and the open Lavant course referred to above (now in a culvert). The site layout was to change again in 1874 when the property of the late E.W. Johnson was sold, and again in 1888 when the westernmost house (the eastern half of the Shippam property) was demolished to enable Church Lane (modern Mount Lane) to be widened. In a final change, the great Arts and Craft architect, Edward Schroeder Prior, having moved his family to Chichester in 1907 and initially living in an early 18th-century house at 7 East Pallant, bought the 18th-century Shippam house on the corner of Mount Lane (current no 27) with its adjacent warehouse (current 29 and not called Prior House for nothing) which he converted to provide a studio, as well as remodelling (ie changing the angle of) the back wall of the house to improve the view of the garden when seated in his back parlour. 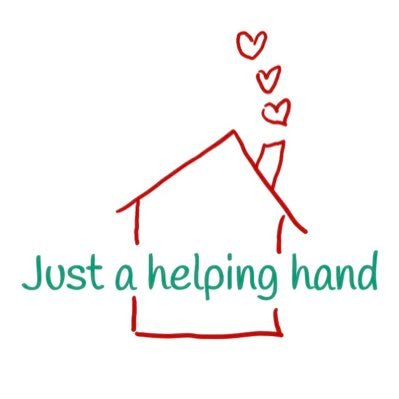 Please click on the arrows that appear at the bottom to go to the next page on the newsletter below. It is 3 pages long.