The Westgate Planters – a History

From early times, Westgate was on the main road from Portsmouth to Chichester. There had been a suburb of Westgate outside the city gate since the Middle Ages, with a mixture of terraced houses and some larger ones dominated by the brewery and the tannery. 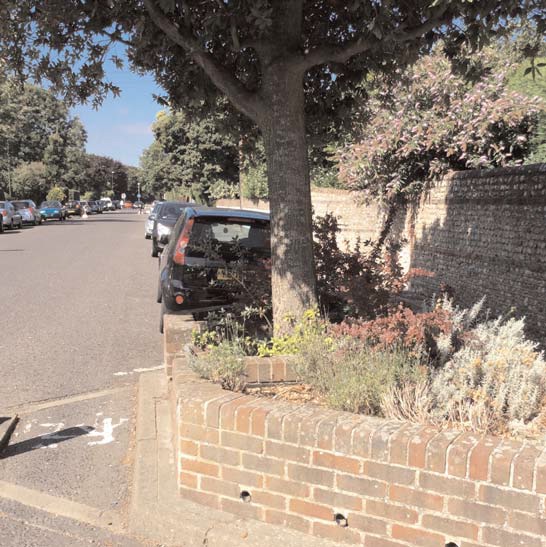 With increasing traffic, the Chichester bypass to the south was built in the 1930s and more houses, many in large gardens, started to be built between the Brewery and the railway crossing, turning this largely commercial area into a highly prized residential one. After the war both the Tannery and the Brewery closed and in 1972 the Westgate Residents Association was formed for the first time to fight plans for industrial buildings on the brewery site. The campaign was successful and the residential Henty Gardens was the result.

In 1985 plans were proposed to build a large Tesco store between Westgate and the bypass just west of the railway. Concern that this would cause increased traffic using Westgate resulted in the Residents’ Association being reformed and by the time the store opened in September 1993, a new road now called Via Ravenna, but previously the Westgate relief road, had been built.
Traffic calming in the form of pinch points formed of brick planters were introduced between Parklands Road and Sherborne Road, where Westgate joins the Cathedral Way roundabout, and other landscaping beds were also built towards the eastern end of the road. These were all constructed and at first maintained by the Highways Department of the WSCC. However, with cuts to funding they have been abandoned and are now in a sorry state. 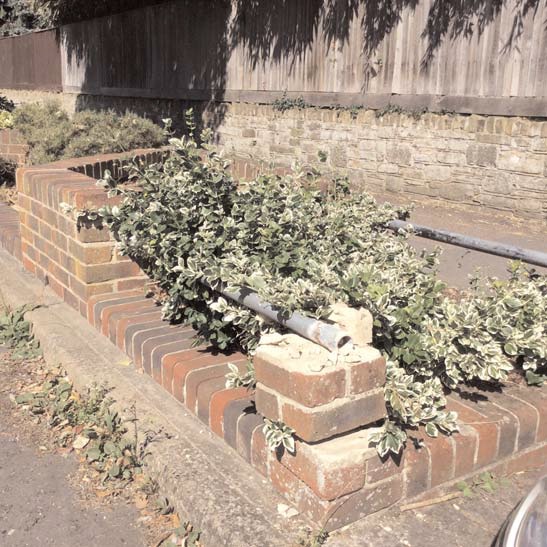 The Westgate Residents’ Association in co-operation with the Chichester City Council have taken over their care for the benefit of the community and to improve the local streetscape. There are 14 beds of varying sizes with average of 2 x 1 metres. The beds have been weeded and some donated plants installed. Many of the old shrubs have become pot bound and require the services of a professional contractor for their removal. The re-planting and maintenance of these planters will be carried out by volunteer residents who have formed an ‘adopt a planter’ scheme.

We are grateful to Penny Tomlinson at no 11 for writing up this little history and for taking on the future care of the planters. An application for funding is in the making in order to raise funds for the replanting. If you are interested in helping out in any way, please contact Penny. Thank you.

Next planting work is on Saturday 1st October, following the Coffee morning: spring bulbs. Please see Penny at the coffee morning for details.