Where do we go from here?

A report from the Chairman, Dr Richard Brownfield

First, THANK YOU to all the residents who came to the CDC Planning Committee meetings about the Outline Planning Consent for Whitehouse Farm. The presence of a full and vocal public gallery certainly influenced the councillors and contributed hugely to the decision to defer the permission twice.

We did not get our final goal of a Southern Access Route for construction traffic before work starts, but we achieved much more than we thought realistically possible at the outset. The developers say they will build the Southern Road and open it for construction traffic 19 months after work starts, instead of 7 years as originally planned (full opening is about 9 months later) – not perfect, but better than it might have been. They do not own all the land and the actual delivery will depend on their negotiations with the landowners. 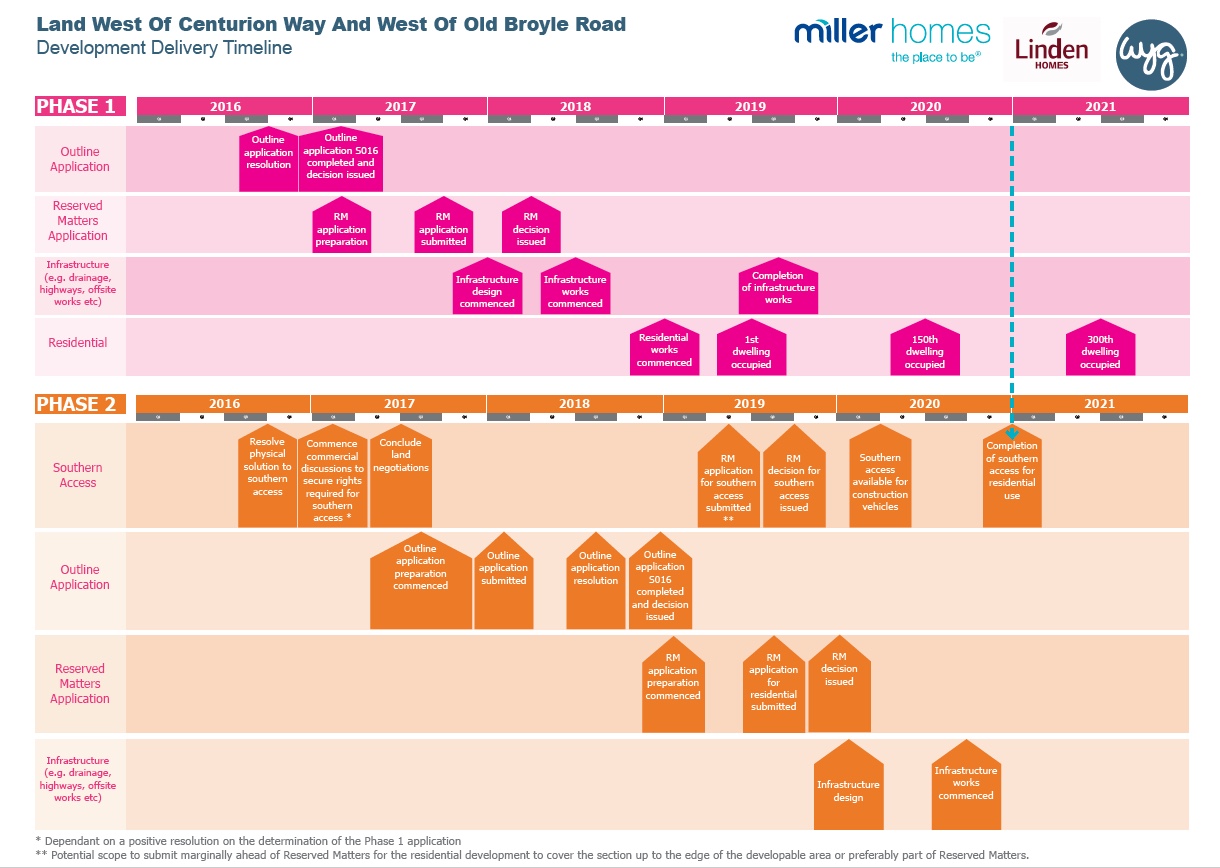 Keeping up the pressure

With regard to the access, the developers have published the above  timeline which will also be published in the latest edition of our newsletter, and they have signed an agreement with the council. This is a declaration of intent, and therefore not legally enforceable. It will be our job to try and make sure they keep to it!

Indeed the problem is going to be to make sure this all happens. Linden Homes are developing Graylingwell Park, where they have gained a reputation for breaking promises, but this is a joint development with Miller Homes and we hope this will be different. The other big difference is that I don’t think at Graylingwell, they or the Council Officers who work closely with them, have active Residents’ Associations breathing down their necks.

This is just the first stage, Outline Planning Permission and access have now been agreed, but all other matters have been “reserved” so they will be decided over the next year or so, before works starts. We shall need to keep an eye on these as the details are published and take appropriate action if any issues arise. This will include the waste water disposal, layout of the site, housing mix, housing design, environmental issues etc. etc.

I am due to attend a meeting with Dominic Smith of WSCC Highways, Louise Goldsmith and other residents’ associations in early December.

The recommendation from WSCC Highways Department produced in August 2016 (Section 20.3) also calls for the “Creation of [a] Steering Group to take forward preliminary designs and delivery”. We shall request a seat on that group to be in a position to influence how the access is delivered, including alterations to the road layout, the two Westgate roundabouts and the traffic calming.

Our commitment to you

Although we lost the big battle, there is still work to do to look after the safety, comfort and convenience of the residents of Westgate associated with the building of the new suburb of Chichester at Whitehouse Farm.